Well, I started out by sleeping, a lot, but eventually I achived coherence again, and at first I tried to stay in bed playing on the ipad or maybe reading with the idea that if I stayed home from work I shouldn't get to play xbox because that's what I wanted to be doing. Except that I couldn't really handle reading, which is why I was home in the first place.

So I played a LOT of Dragon Age!

I started out right before the Landsmeet, finished all the Denerim quests leading up to it, including a few that I hadn't seen before because Teryna Jenny is more thorough and also less rule-following. And then I went through the Landsmeet, got everyone but the bald dude on my side, let Alistair duel Logain, and then turned on Anora and declared myself Alistair's queen. This is what Teryna Jenny was created to do. Every decision I have made in this game has been to get Jenny and Alistair to this point. 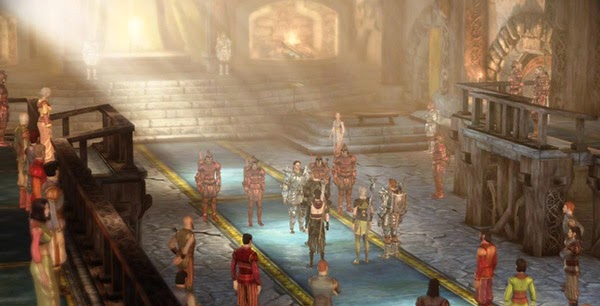 And you know what? It was really unsatisfying. I'm so glad I played Mage Jenny first.

Here's how it should have gone: before the Landsmeet takes place, either on the way to Denerim or the first time entering Arl Eamon's estate, Alistair initiates a conversation. He says I don't know if we're going to win at the Lansmeet, and I don't know what will happen afterwards. Eamon wants to make me king, and Anora wants me out of the way. Somehow I've ended up at the center of all this and I never wanted to be, and all I can think is, if I have you with me, we can get through this, whatever happens. Will you? Be with me? I mean—what I'm trying to say is—will you marry me?

See, look! I wrote his speech already.  It's a rough draft, and it's pretty schmaltzy, but I think it's fitting for his character. I missed an opportunity to say something witty and self-deprecating, but I'm not as good at that part. There could maybe also be some complimentary things about how Jenny is kind and strong and knows a bit about ruling, and y'know, the love of his life and all. He's said it before, but, hey, he's proposing!  He can damn well say it again.  And after that discussion, the Landsmeet can continue with pretty much the same script, except that when Jenny announces that she's going to marry Alistair and rule with him, it's not a COMPLETE SHOCK to her new fiancee.

Or, Jenny can change her mind, and crown Anora, or just Alistair by himself, or whatever, and he'll have a lot of feels after. See? Easy fix!

Or maybe Jenny proposes, since she's all player-character and stuff.  Maybe Alistair starts out with his speech, but after the "if I have you with me," bit, instead of asking her to marry him, he says something about how he doesn't feel like it's fair to ask it of her—she'd have to be queen (he'd see that as a downside), she'd be married to someone who might not be able to give her children, etc., and Jenny can respond by asking him to marry her.  It would be kind of sweet, actually.

Instead there's Jenny's declaration of marriage, followed by Alistair's lukewarm acceptance afterwards.  He says things like, "Don't get me wrong, I like the idea," and "this might not work but we'll talk about it later."

Really, Alistair? I want a little more than that.

I can't even blame him too much, because it was a lousy thing for Jenny to pull on him. She used him as a stepping stone to power.  (She did say at the beginning, when he confessed his heritage, that she thought it was thrilling.   I picked that answer at the time because I knew he'd like it, but I felt kind of icky about it. Now I feel even worse.)

I already knew about all of this.  I just didn't think it would be so unpleasant to watch it unfold. I mean, I haven't had quite the same ALISTAIRFEELS this time around.   It's been more like going through the motions of a crush; the delight of discovery is gone. But it turns out I still cared enough to be disappointed in him, and disappointed in Jenny.

And then, because I remember that Shannon Philips writing about her disappointment with the proposal, I went back and read her post again. And then I got to the part about the final battle with the Archdemon:

“You say that like I’m giving you a choice.”

And then—as I gaped at the screen in slack-jawed disbelief—my computer boyfriend grabbed his sword, vaulted heroically atop the fallen form of the Archdemon, drove his blade deep in the creature’s skull, was bathed in an explosion of power, and died. 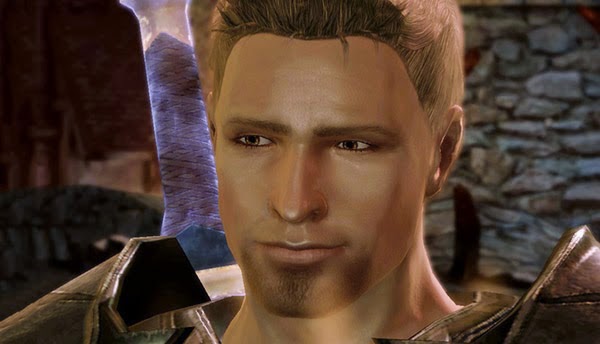