I tried taking a 5D to rehearsal last night instead of the Hasseblad, thinking that it would be so much easier to manage.  (Although so much more expensive, which is super scary.)  And I came home thinking that I hadn't gotten anything that I wanted, because what I wanted was more of what I've already shown you.

A few of them really are just nice photos of people looking nice: 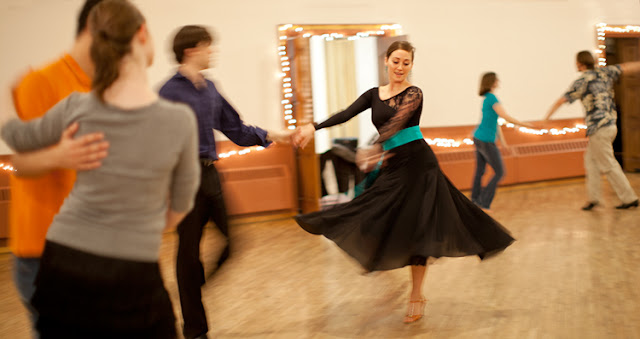 But I think that some of these are worth doing, maybe.  They aren't what I was looking for, but maybe that's a good thing.

This one is sort of a nice photo of someone dancing, but I like her stillness, and there's something about her expression that gets to me: 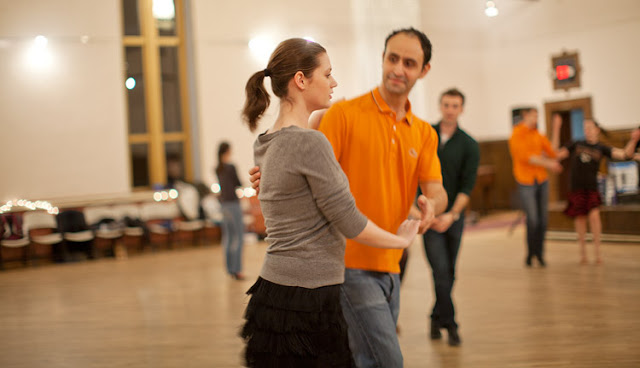 The more I look at these, the more I think there's something worth trying. 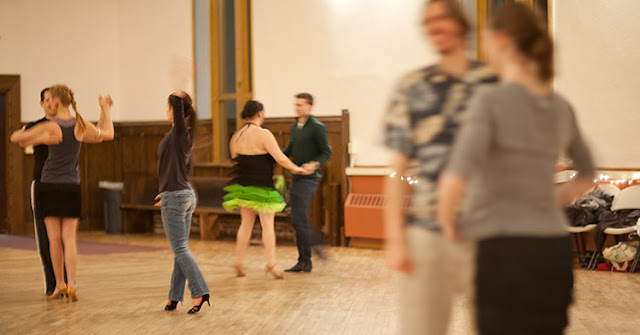 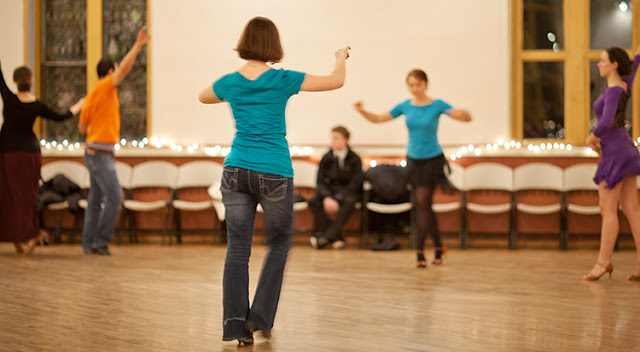 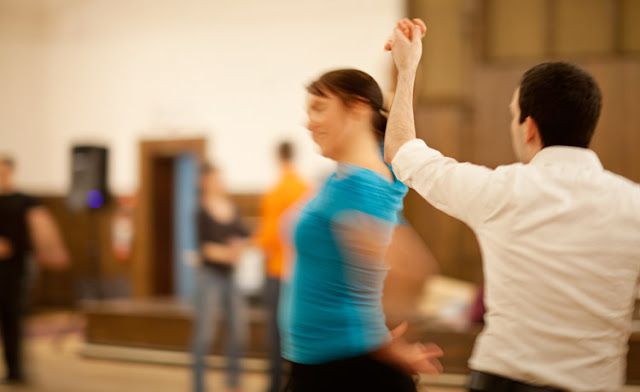 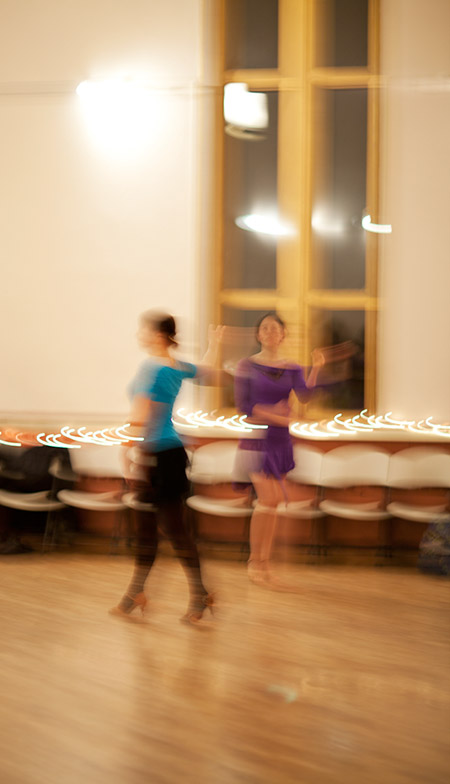