The woman at the San Diego police station said that there was one call about a jumper at 1:00 am on November 6th, at the corner of 47th and Imperial.  The call was made by a suicide hotline who had spoken with him.  I think, could this be my brother?  Would he call a suicide hotline?

I look for a map of 47th and Imperial.  I don't know where he lives, so it doesn't help much.  I know where he lived in December 2007, but I can't count on it meaning anything.  And so I follow the street view from the intersection to the freeway overpass.  Someone called a hotline here, in the dark of the morning on Tuesday.  Maybe it was my brother.  I turn the camera so it looks over the rails.

It is mid-day in the photograph.  I know the place, even though I don't.  After sixteen years away it doesn't even look like home anymore.  I take a screenshot to post here, although after all this lead-up the photo itself is very ordinary. 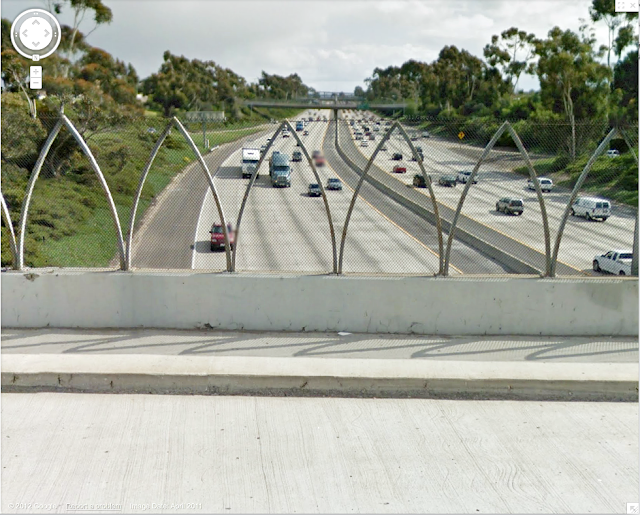