Oh and Also: Adventures in Medication 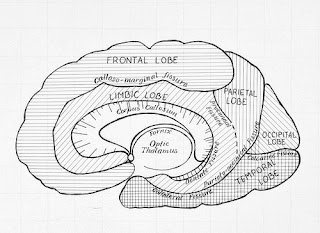 Once upon a time, I was on Effexor for depression.  It worked great, in that I wasn't depressed anymore.  Since it was the first drug I'd tried, and I'd convinced myself that if drugs didn't work then there was NOTHING LEFT FOR ME AND LIFE WOULD NEVER BE WORTH LIVING, I do still have some fond feelings towards it.  The problem with Effexor was what happened when I didn't take it.  I could forget a day and not suffer too much consequence, but two days were trouble, and three were hell. Withdrawal symptoms: they're not fucking around.

So I "forgot" my drugs a lot.  Yeah, I know it doesn't make any sense.  But even though I was dependent on drugs in order to not feel all SADFEELS, it was a kind of abstract dependency.  Being dependent on drugs in order to be able to form coherent thoughts and walk a straight line was a very different kind of dependency, and I hated it.  Hating the dependency made me hate the drugs, and hating the drugs made me want to act out against them.  So I would put off eating breakfast, which meant I couldn't take my drugs, and by the time I'd eaten I'd "forget" to take them, or when I did remember I would put it off until later by which time I'd forget for real.  That sort of thing, and all done at the level just under conscious thought so I could maintain plausible deniability.

(The whole having-to-eat-first-thing was another huge problem, because it pitted diets against sanity, and when "diet" is actually an eating disorder, the eating disorder usually wins.  I can't take the drugs that help me like myself because I'm too busy starving in order to like myself.  Duh.)

After a few years, I decided that I was "cured" or something, and just tapered off for good.  A few years after that, I decided that "cured" was probably not in the cards for me, and when I started up with a shrink again, I asked to try different options.  Now I'm on generic Wellbutrin, which seems to do just as well in regards to the sadfeels, without kicking my ass if I forget to take it.  (The biggest problem is that starting the Wellbutrin makes me anxious for the first day or two, so going completely off is still worth avoiding, but not in a too-miserable-to-function kind of way.)

So I don't worry when my pill bottle runs low.  And I don't worry when I don't have any refills left.  I "forget" to take a pill every once and a while, y'know, to stretch them out a little while I'm working on getting more.  And then I call my doctor for a new prescription, but I don't actually check with the pharmacy for another week.  By then I'm actually out.  And the pharmacy doesn't have a record of the prescription.  And it's Saturday.  And the prescription won't get filled until Wednesday.  And then it's Wednesday and I still haven't heard anything but I'm going to see my doctor on Thursday so it'll definitely get done by then.  She pulls up the scrip on the computer.  There it is.  CVS at the Old Capitol Mall, right?  And then it's Saturday, again, and the pharmacy has no record of my prescription, or even a record of the call I made a week before, and do I want the pharmacist to call for me on Monday? 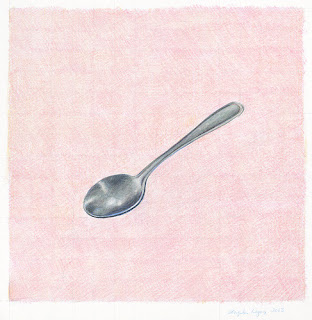