Mage Jenny was happy in the tower, and from talking to other mages, that seems like the exception, not the rule.  She was always a special snowflake.  She was the teacher's pet.  The templars flirted with her.  She grew up in a gilded cage, and while I can't dismiss the cage part, I can't dismiss the gilded part, either.  She was never cold or hungry.  She was adored.  And now she's The Hero of Ferelden and everyone loves her.

You can see how Apostate Jenny, who has spent her life running from the Chantry, never settling anywhere for too long, learning her abilities in secret, through trial and error, who barely escaped Lothering alive while the Warden was off gathering allies to save everyone else, might be a little bitter.

And what's really weird, is that part of this comes from knowing that I bent over backwards to give Mage Jenny a happy ending.  She got everything she wanted.  So, when I'm feeling prickly and defensive on behalf of Apostate Jenny, part of it is because I know that Mage Jenny got special treatment, not only from the people around her, but from me, as the person sitting in my living room with a game controller.  I'm sort of jealous because of...me.

I'm going to give that a little space so we can all awkwardly walk around it.

2.  Every child starts out as an apostate.  Unless the child is born in the Circle tower, which happens very rarely, a child with magic is an unsupervised mage.  But children are sent to the tower rather than hunted and killed, otherwise there would be no Circle.  So at what age does a child go from being "someone who is sent to the Circle," to "someone who is hunted down and killed?

3.  I need to start paying attention when I play, but from promo images and what I think are non-modded screenshots, it's looking like DA2 has finally moved away from boob plate armor.  I even found a thread where someone complained that the female armor wasn't skimpy or "feminine" enough. 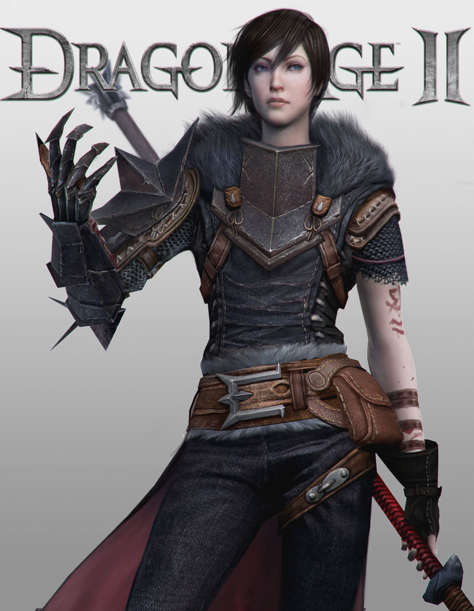