This guy is on So You Think You Can Dance 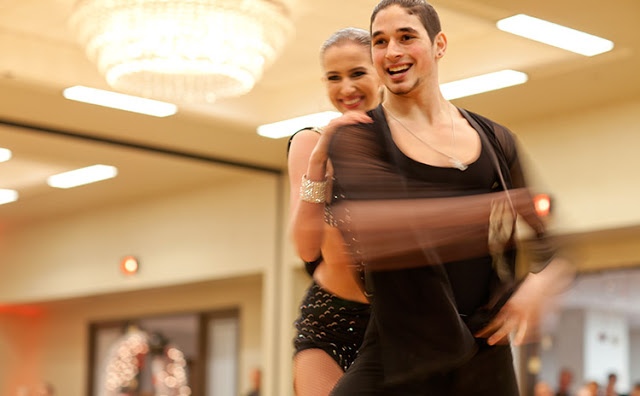 And my first thought was hey I know that guy!  Which isn't true, because we've never actually met.  But I saw him dance at Star of the North, not just with his professional partner, but with his students.  And I can't remember the last time I've seen someone with so much charisma.  Of the projecting kind, an active rather than passive ability.  And what I liked about him, was that I could see him project it at his partner, like for a minute she was his entire focus, like he was saying you good?  We've got this!  And I know that his stage presence is a performance, and maybe he's actually a grumpy, miserable person who knows how to put on a show.  But I want to believe the face he projected.  So I'm rooting for him.

He's survived a few weeks of the show (I just started watching last week's episode) but out of maybe more than 100 he's still in the top 33 dancers.  They producers don't treat him like they care, but we'll see.

The other thing is less good.  I finally had the right collection of spoons to attempt to dance today.  I lasted 30 minutes.  I had sort of hoped that if I closed my eyes it would just go away, but it's looking like it's going to take work.  I need to take my exercises seriously, and make sure to dance regularly but only a little each time...
at 10:58 PM