Almost nothing that Jenny Hawke does during her seven years in Kirkwall makes a difference.  The events that take place are inevitable, her quests result in little meaningful change.  Merrill will reconstruct the Eluvian with or without Jenny's help.  And no amount of logic or love will keep Anders from blowing up the Chantry.  There is no choice she can take that will keep the Qunari from attacking the city and executing the Viscount, and no choice that will save her mother from a serial killer.

This is a common complaint about the game, and one I agree with.  Or rather, I agree that it's a fair assessment of the game, but I admire rather than object to those elements.  Most people don't play games in order to feel powerless.  They were frustrated and angered by DA2.

See, Jenny isn't playing out her story.  She is a character in Varric's story.  The game gives the impression of agency—after all, there are buttons to push and choices to make.  But the game also makes it clear from the beginning that everything that Jenny will do is something that she has done.

Or, more importantly, something that Varric says she's done.  And Varric demonstrates early on that he prefers his stories with more than a dash of embellishment.

And so, when we see Jenny escape from a Lothering that looks nothing like it did in Origins, we can attribute the discrepancy to the same source as Bethany's bizarrely large bosom.  It's the story that Varric would like to tell.  (More problematic is the discrepancy between the Hawke family's skin color in the intro and a non-white Hawke in the game.)

Some of the lies Varric tells are obvious; Cassandra calls him on them. But Varric is a good storyteller, and there is no one else to call his facts into question.  And Varric has good reason to tell the story he does.

You see, if the events of Kirkwall were all inevitable, if there was nothing that anyone—especially Jenny—could have done, then Varric is off the hook.  If all Jenny really did was be at important places at important times, then what happened can be blamed, as Varric suggests, on the idol. Or Anders.  Anyone but Jenny.

The idol is a funny thing.  In a story about human rivalries and weaknesses, about cultural misunderstandings rather than darkspawn, the idol seems out of place.  When Meredith draws her sword at the end, and we realize that she is no longer in control of herself, that the idol has warped her mind and all the pain and death she caused can be blamed on a mysterious artifact, it takes much of the power out of the story.  It feels like cheating.  If Meredith is under the influence of the idol then she is no longer responsible for her actions. 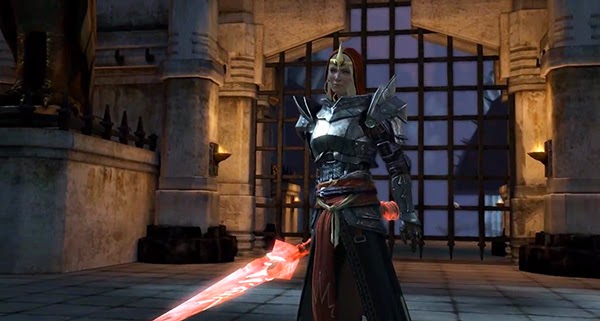 If Varric wanted to add a lie to the story, he might start by telling an even larger, more obvious lie.  He'd let himself get caught.  And then, having "realized that he can't get away with lies," he would tell the smaller lie, sheepishly, like a man who knows he's been bested.  And that's exactly how tells the story.  When he tells Cassandra about meeting Bartrand again, he begins with a tall tale.  When Cassandra catches him at it, then he tells her about the mysterious power of the idol.

He might have even believed it, at first.  It would be easier to think that killing his brother was a terrible, but necessary, thing.  That his brother didn't mean to betray him, that he couldn't help himself.  He would have told himself that the idol must have taken over his brother.  He would have told other people that a dangerous magic was loose in Kirkwall.  And the story would spread.

And when Varric found himself with a dagger at his throat and an angry Seeker demanding a story, he might have used that story to try to save himself and his friend. 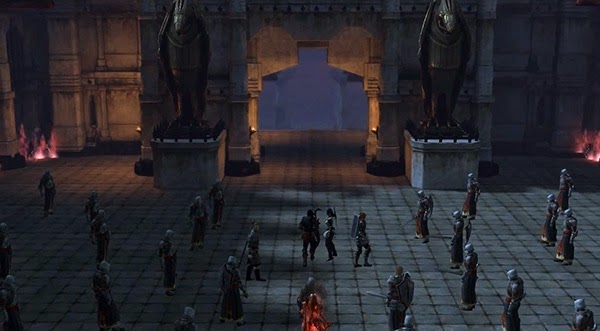 Do I think that's what Bioware intended?  Not really.  But it could be.  The frame story changes everything.
at 5:13 PM